From travelling the country with rock-and-roll sensations, The Grateful Dead, to cooking for the founders of Silicon Valley sensation, Google, Chef Charlie Ayers’ life journey can be called anything but boring. His uncompromising personality and his cafes have been spotlighted in The New York Times, The Washington Post, The Food Network and The London Times.

“I love TEALEAVES’ black tea over ice. To me it has a slight smoky finish which I absolutely look for in a black iced tea.”

Pantone Color of the Year

After touring with The Grateful Dead, where he bartered his food services for free admission to their concerts and backstage access, Chef Charlie craved roots. In 1999 he auditioned against 24 other chefs for a small 40 person company called ‘Google’. Winning a ‘cook-off’, he became their first chef and became famous for his innovative approach of serving eclectic, healthy food to employees. By doing so, he displaced the myth that companies needed to feed people unhealthy options.

Fast forward to 2006 and Chef Charlie was overseeing a kitchen serving 4,000 lunches and dinners while managing 150 cafe employees. Missing his first true love, cooking, Chef Charlie left to open his own place, Calafia Cafe and Market A Go Go – a place to be frequented by such tech innovators as Larry Page, Sergey Brin and even Apple’s former chief, Steve Jobs.

We were introduced to Chef Charlie through TEALEAVES’ current work with Google and the connection was instant. Drawn together by a common belief in a healthful, artisanal approach to flavour creation, there was an immediate connection and a lasting relationship. Chef Charlie currently favours TEALEAVES’ black tea as his personal daily choice.

TEALEAVES tea is also a great companion to this memorable salmon feast.

Try Chef Charlie’s Mahogany Salmon recipe for yourself and savour the flavours Chef Charlie brings to your BBQ or family table with this fresh take on salmon! 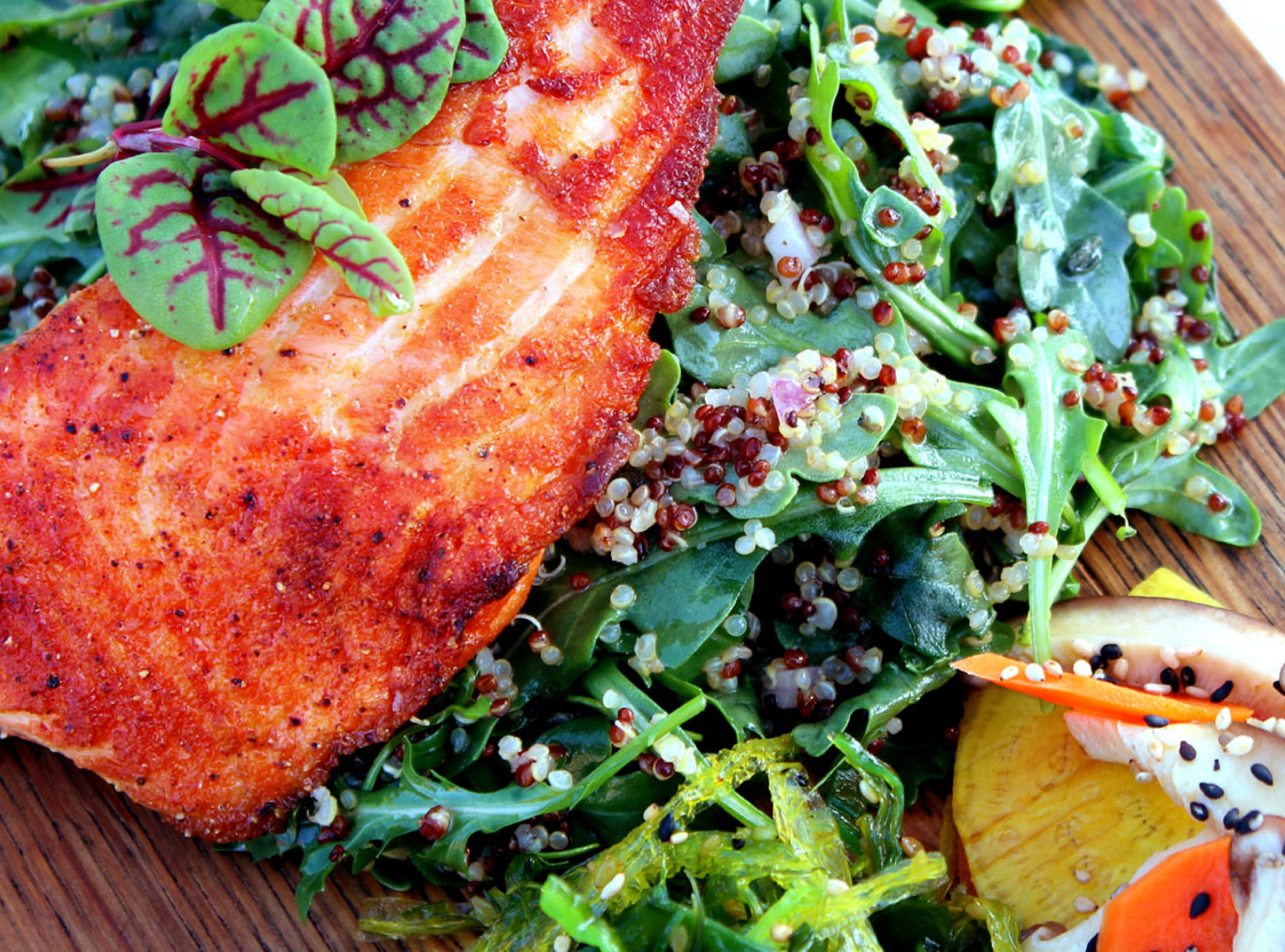